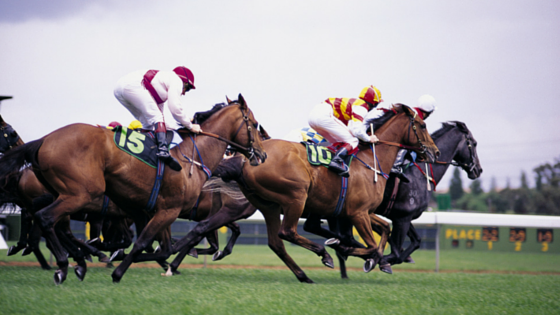 In spirit of the Preakness being this weekend (May 21st!), I thought I would share a piece of history with you that you may not know.

The Birth of A Legend: Historic Pimlico Race Course is the second oldest racetrack in the nation, behind Saratoga. It officially opened its doors on October 25, 1870, with the colt Preakness winning the first running of the Dinner Party Stakes. Three years later, the horse would have the 1873 Preakness Stakes named in his honor. Since its opening, the track has hosted many racing icons, such as Seabiscuit, Secretariat and more.

So you might have wondered ‘where does the name “Pimlico” come from?’ It was the name given the area by English settlers in Colonial times, although the “Pemblicoe” spelling appeared on the original settlement charter granted to a group of Englishmen in 1669. Pimlico was ultimately the result of an interesting dinner party proposition made by Maryland’s then Governor, Oden Bowie. In Saratoga, New York in 1868 Bowie and his friends, prominent racing figures, agreed to race horses that were then just yearlings in two years time to commemorate the evening. The winner would host the losers for dinner. Saratoga and the American Jockey Club bid for the event, but Governor Bowie pledged he would build a model racetrack in his home state if the race were to be run in Baltimore. And so, Pimlico was built. (source)

Are you thinking of buying or selling a home, or have a friend or family member who is? Contact The Pivec Group today by calling 443-692-8800 or visiting our website! We look forward to hearing from you and helping you find YOUR dream home!

Duck Donuts in Nottingham is giving away free donuts on June 7th, 2019 - National Doughnut Day! "As a brand that originated in the beach town of … END_OF_DOCUMENT_TOKEN_TO_BE_REPLACED